I read an article the other day titled 'Why selling jewellery is about selling stories. Good ones.' It was a very short read ( the pictures where larger than the paragraphs) but it was a sincere blog. You can read it here

Contemporary Jewellery is very steeped in stories, its the back bone of the scene which is why I liked it. The article also dives deeper into the maker telling their story, hopes, dreams etc - something I've been witnessing, from a marketing point, coming out of USA at the moment. Personalising the Maker. Which is nice, as we aren't just mice on a wheel hidden away in the workshop…. well ok, maybe I do like to hide.

The article looked more in the swing of manufacturing jewellery which may have a harder time relating stories to a piece, unless its an engagement ring or design for a particular commission of course. Never the less, I've thought about this article many times over the past few days. Not the idea of jewellery needing stories, but the thought around the stories jewellery collects, after the designer has conceptualized, made and sold it. Think about it for a moment. How many pieces have been handed down from generation to generation? How much life has that piece witnessed? After all, its been with a person for how long? Jewellery may be inert or static, but it's a collector of stories in it own right. A fly on the wall so to speak.
Even though a piece might have a new owner, doesn't mean the story has stopped. It's only just begun….

I see this scene every week and love it. 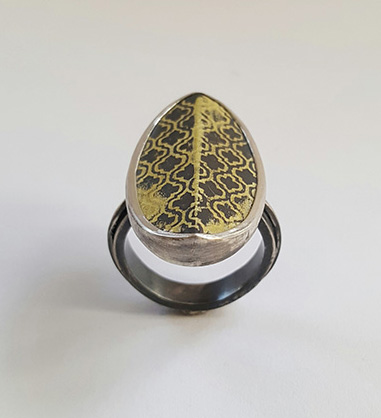